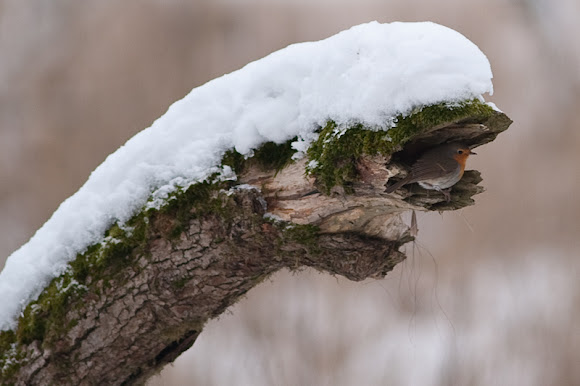 The European Robin (Erithacus rubecula), most commonly known in Anglophone Europe simply as the Robin, is a small insectivorous passerine bird that was formerly classed as a member of the thrush family (Turdidae), but is now considered to be an Old World flycatcher (Muscicapidae). Around 12.5–14.0 cm (5.0–5.5 in) in length, the male and female are similar in colouration, with an orange breast and face lined with grey, brown upperparts and a whitish belly. It is found across Europe, east to Western Siberia and south to North Africa; it is sedentary in most of its range except the far north.

It's a shame you don't have a donate button! I'd most certainly donate to this superb blog! I suppose for now i'll settle for book-marking and adding your RSS feed to my Google http://janicedennison.com/ account. I look forward to fresh updates and will talk about this blog with my Facebook group. Chat soon!