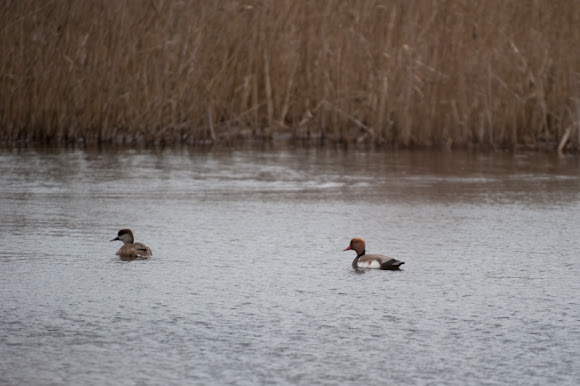 These are gregarious birds, forming large flocks in winter, often mixed with other diving ducks, such as other pochards. They feed mainly by diving or dabbling. They eat aquatic plants, and typically upend for food more than most diving ducks.

Their breeding habitat is lowland marshes and lakes in southern Europe and southern and central Asia. They are somewhat migratory, and northern birds winter further south and into north Africa