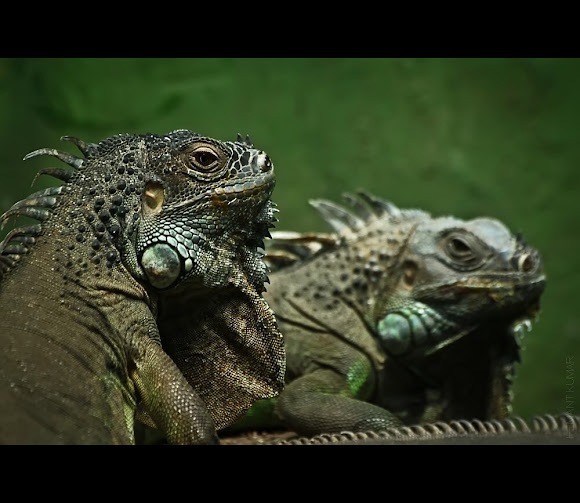 Iguana is a vegetarian genus of lizard native to tropical areas of Central and South America and the Caribbean. The genus was first described in 1768 by Austrian naturalist Josephus Nicolaus Laurenti in his book Specimen Medicum, Exhibens Synopsin Reptilium Emendatam cum Experimentis circa Venena. Two species are included in the genus Iguana: the Green Iguana, which is widespread throughout its range and a popular pet, and the Lesser Antillean Iguana, which is endemic to the Lesser Antilles and endangered due to habitat destruction. The word "iguana" is derived from a Spanish form of the original Taino name for the species "Iwana"