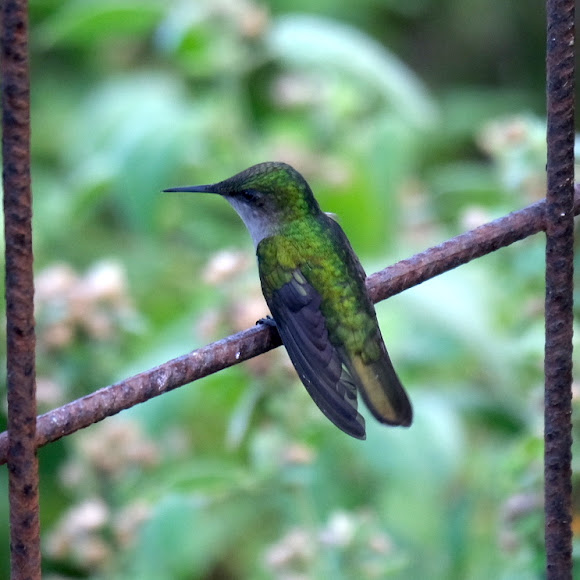 The Antillean Crested Hummingbird is one of the few hummingbirds with a crest, for which it has been named. The plumage is mostly dark, with green, blue and purple iridescence on the head, back, sides and the wings. The male's underside is blackish, while the female's under plumage is pale. Juveniles look similar to the adult female.

Garden area near the Quill Volcano, near the Carribean Sea, Sint Eustatius.

I am pretty sure this is the Antillean Crested Hummingbird as there are only three kind and it looks most like a crested, even though the crest was not to be seen in this example.