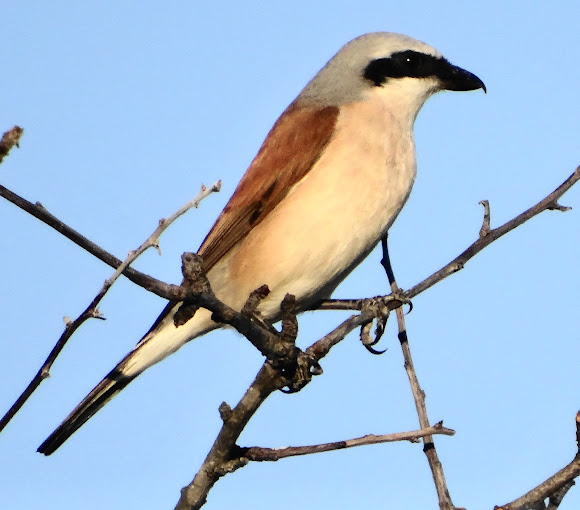 Measuring 17 cm in length, the red-backed shrike is slightly larger than a house sparrow. Males are easily recognisable by their striking appearance. They have a bluish-grey head, black eye mask, chestnut coloured back, black tail framed with white, salmon pink underparts and a hooked black bill. Females and juveniles do not have the black eye mask of the male and are dull brown; juveniles also have bars on their back. The voice includes a harsh 'chack chack' alarm call, and males produce a sustained warble in which the songs of other bird species are copied

This bird breeds in most of Europe and western Asia and winters in tropical Africa. The bird is listed as a "least concern" (LC) species on a global scale, but some parts of its range have seen a steep decline in numbers, so locally its status can be less secure.