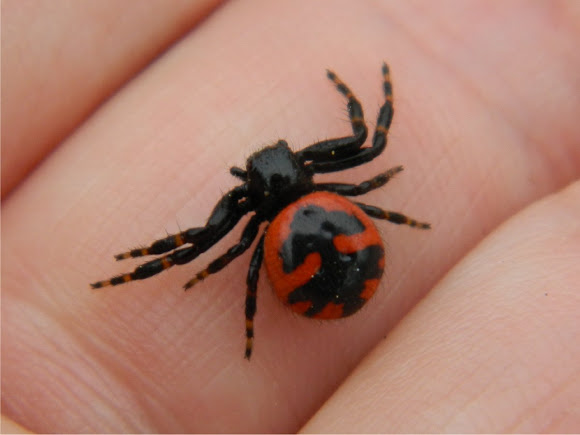 Synema globosum is a species of spiders belonging to the family Thomisidae . It is sometimes called the Napoleon spider, because of a supposed resemblance of the markings on the abdomen to a silhouette of Napoleon. The pictured adult was spotted on top of a lamelosia flower but as I was trying to keep the flower still so that I could snap some pics, she tried to escape and fell on my hand. I photographed the spider and released it back on top of the flower. She was spotted in Goritsa hill archaeological reserve, in the outskirts of Volos city, Greece.