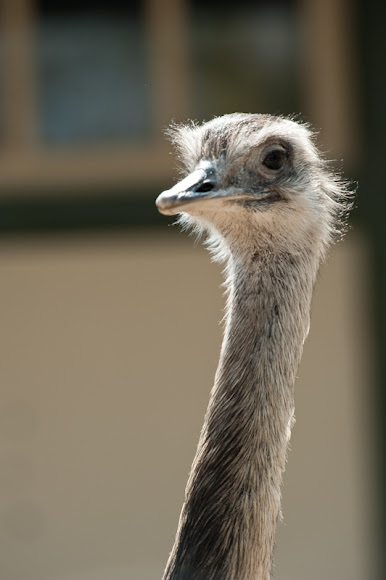 The Greater Rhea (Rhea americana) is also known as the Grey, Common, or American Rhea. The native range of this flightless bird is the eastern part of South America; it is not only the largest species of the genus Rhea but also the heaviest American bird alive. It is also notable for its reproductive habits, and for the fact that a group has established itself in Germany in recent years. In its native range, it is known as ñandú (Spanish) or ema (Portuguese).

Spotted in Artis, the Amsterdam zoo.