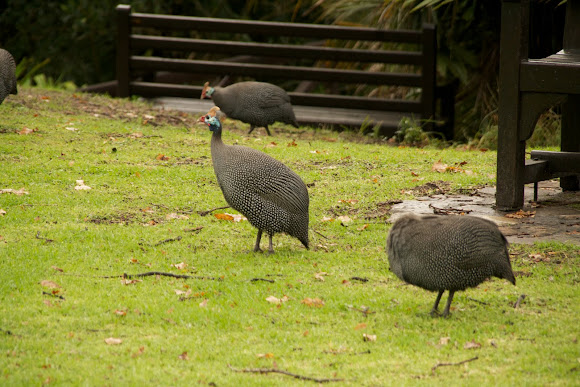 These pictures were taken in the botanical garden, however I saw quite a few of these birds i the on and off the road while in Cape Town. I'm told they are really fast runners, but much slower to take flight as they are very heavy.