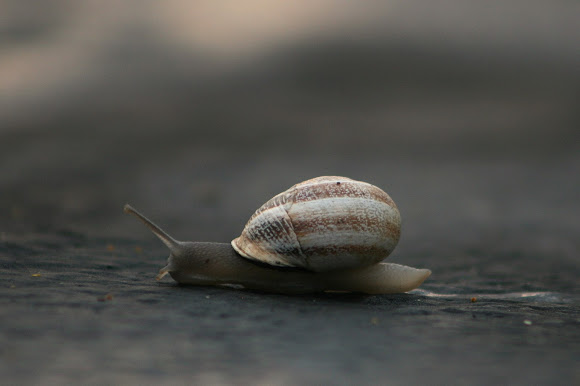 A snail from Mediterranean countries that has the amazing capability of aestivating during long dry periods of time by forming a wall of mucus called an epiphragm in the opening of the shell to drastically water loss. Due to this ability, the snails can easily hitch rides on structures to new lands, where they often prove to be invasive. They have been found in many areas with Mediterranean climates such as Australia, South Africa, various Atlantic Islands, and California. Normally during the summers here, the snails are dormant but after a very brief rare summer drizzle, they were mostly active.