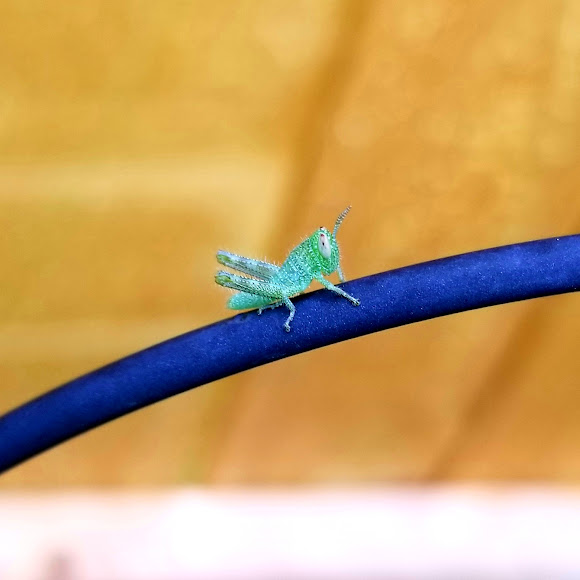 This small grasshopper was found sitting on a metal rod.They are commonly found jumping in the grass and on shrubs.This one had a greenish teal color with some faint stripes on the legs.It was about 7 mm. long.The eyes were long and grey.

This species is listed G5 on Nature Serve.It is a troublesome invasive species in Hawaii. This grasshopper is usually solitary, but it has been known to swarm as locusts. A particularly destructive swarming event occurred on the Hawaiian island of Nihoa in 2004, wiping out some 90% of the vegetation on the island. It was probably introduced to Hawaii several decades ago and then spread through the archipelago by flying; it has the ability to fly at least 300 miles across ocean.