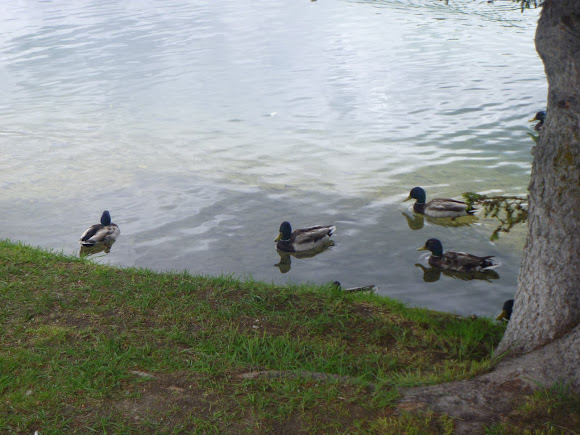 The male birds have a bright green or blue head, while the female's is light brown. The Mallard lives in wetlands, eats water plants, and is gregarious. It is also migratory. The Mallard is the ancestor of all domestic ducks, and can interbreed with other species of genus Anas. However, a potentially terminal side effect of this vast interbreeding capability is gradual genetic dilution, which is causing rarer species of ducks to become at risk for extinction. (wikipedia)