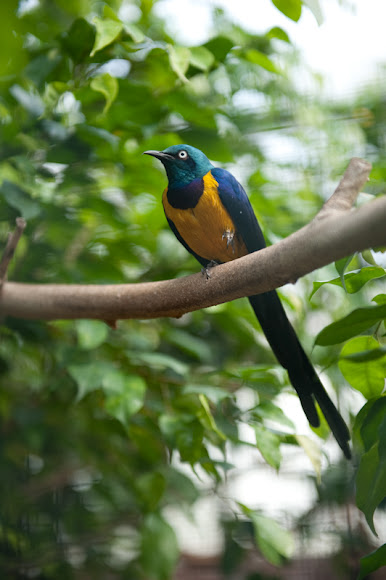 The Golden-breasted Starling, Cosmopsarus regius also known as Royal Starling is a medium-sized, up to 35cm long, passerine in the starling family. The adult has a metallic green head and upperback, bright golden yellow breast and belly, dark bill and legs, white iris and metallic violet blue on wings, back, neck and its long tail feathers. Both sexes are similar. The young is duller than adult.