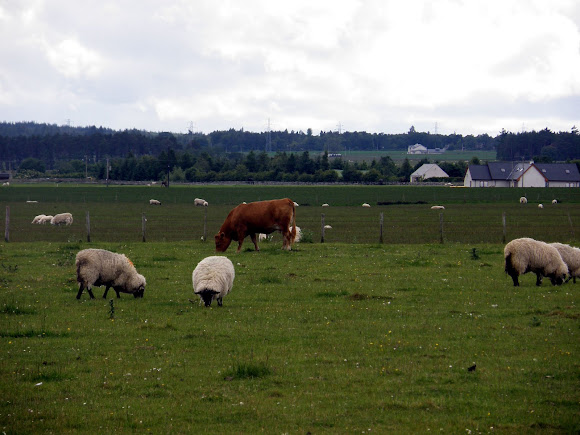 The Scottish Blackface is the most common breed of domestic sheep in the United Kingdom. This tough and adaptable breed is often found in the more exposed locations, such as the Scottish Highlands or roaming on the moors of Dartmoor. It is also known as Blackfaced Highland, Kerry, Linton, Scottish Mountain, Scottish Highland, Scotch Blackface and Scotch Horn. Blackfaces are horned in both sexes, and as their name suggests, they usually have a black face (but sometimes with white markings), and black legs.This breed is primarily raised for meat.