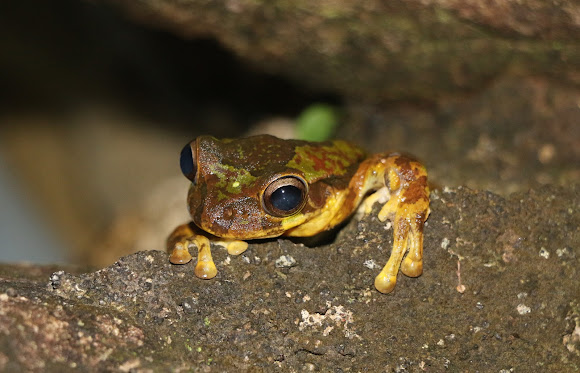 The series shows 2 different individuals. The last picture is the second individual to which the first one was attracted, and since they also have a similar pattern and very similar eyes I guessed that they were a male and a female of the same species. Though I am not 100% sure about the same species part since the first one has redish-brown blotches on its back, whereas the second one has dark green blotches. I also checked on the internet to try and ID the species, an the ones that to me come closest in shape, size and pattern are the frogs of the genus smilisca

sure is a pretty tree frog