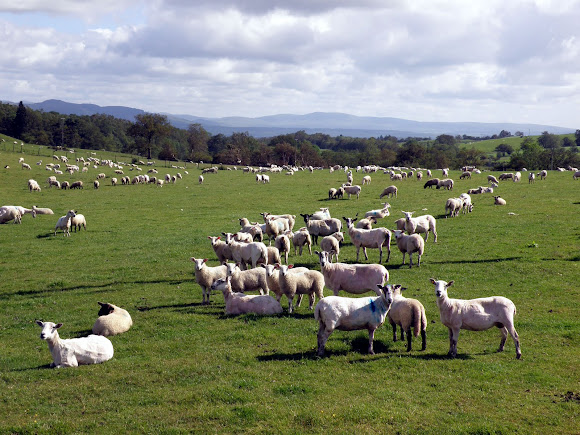 The Bluefaced Leicester is a longwool breed of sheep which originate from Northumberland and were made known at the beginning of the 20th century. In the 1970s, the Bluefaced Leicester was exported to Canada. Exportation of frozen semen from the UK is now used to expand the genetic diversity in Canada and the US. This breed is raised primarily for meat, but their fleece is becoming increasingly popular for handspinning.