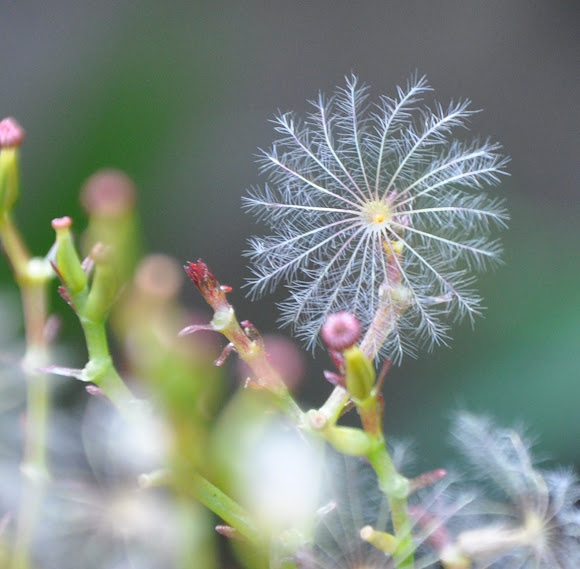 Red Valerian is a popular garden plant grown for its ornamental flowers. Other common names include Jupiter's Beard and Spur Valerian. (WIKI) It has been flowering in my garden for over two months (it's now mid july) and it is starting to set seed with these stunning perfect little seedheads. Suffolk, England.

A native of the Mediterranean region, Centranthus ruber has been introduced into many other parts of the world as a garden escapee. It is naturalised in Australia, Great Britain and the United States. In the US it can be found growing wild in such western states as Arizona, Utah, California, Hawaii, and Oregon, usually in disturbed, rocky places at elevations below 200 m. It is often seen by roadsides or in urban wasteland. It can tolerate very alkaline soil conditions, and will grow freely in old walls despite the lime in their mortar. (WIKI)

monkey-mind and nana-puppet 11 years ago