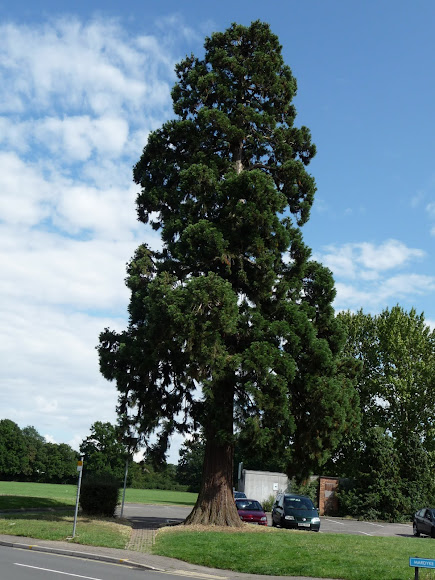 It's latin name comes from an Indian, Sequoyah and it's common name is derived from the Duke of Wellington. The Wellingtonia (S. giganteum) is the world's largest living thing - although less tall than the Sequoia it has a greater girth - imagine a tree 80ft around! In California there are specimins over 3000 years old but the first one was planted in England less than 150 years ago. For nearly all of us the Wellingtonia is a tree to admire and not to plant.

A stately giant, well suited to the large estate but not the average garden.