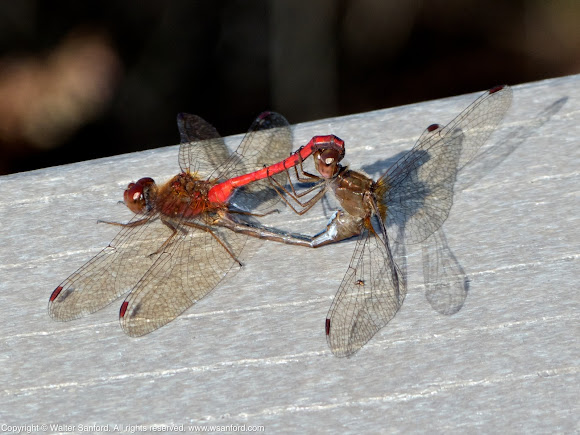 I witnessed what can be described appropriately as an orgy of mating Autumn Meadowhawk dragonflies at Huntley Meadows Park on 06 November 2013. While standing in the same spot for an hour-or-so, I photographed six (6) mating pairs “in wheel” and seven (7) mating pairs “in tandem,” in addition to several other mating pairs I was unable to photograph. Also, I shot photos of eight (8) individual females — an unusually high number to see perching near the water! That’s a personal best and may be an all-time record for the species. The preceding photos show one of the mating pairs in wheel. The male dragonfly (red) is on top; the female (brown) is on the bottom.