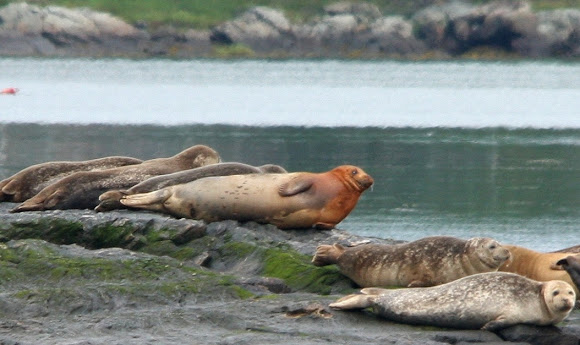 These photos are both of a seal I've named Pagoda. She has used the ledge I observer for the last 15 summers. Some people think the red coloration shown in the first photo is caused by an external source like algae or iron in the water, I think it is caused internally... that the molt hairs of some seals are red rather than dull brown and when they finish molting (see the second photo) the red hairs fall out. Pagoda is red/orange like this every summer until the beginning of August and then she is the pristine spotted white of the second photo.

Is a nice story