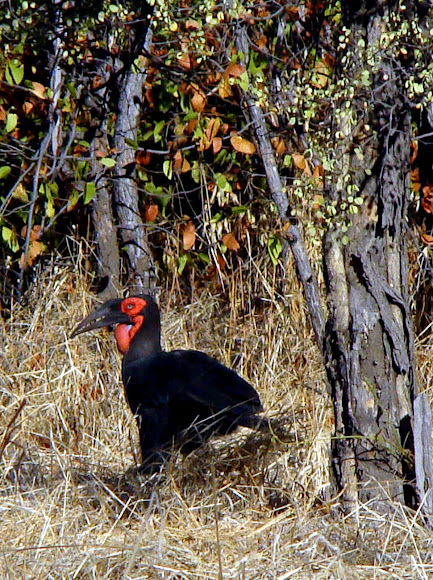 It inhabits woodland and savanna, also frequenting grassland adjoining patches of forest up to 3,000 m in parts of its range in eastern Africa.

The southern ground hornbill is a vulnerable species, mainly confined to national reserves and national parks. They live in groups of 5 to 10 individuals including adults and juveniles.