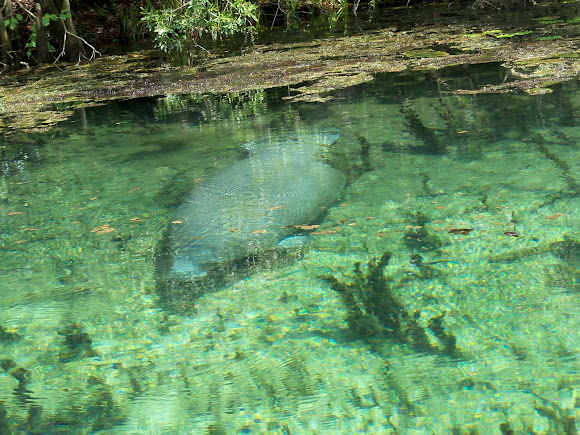 The West Indian manatee is a uniform gray or brown color. The female manatee is usually larger than the male. A manatee can weigh as much as 3000 pounds (though this is rare), and the average is between 400 and 800 pounds. Manatees are somewhat seal shaped but they are adapted to a completely aquatic lifestyle. They have lungs that extend the length of their body and aid in depth control. They have a sparse hair covering and their skin sloughs off continuously.

The West Indian manatee is found on the southern coast of the United States and as far south as Brazil. They live in shallow waters off the coast or in rivers and estuaries.

When Sailors first arrived in Florida, they thought they were seeing mermaids, I don't know how this mistake got made. This Aquatic mammal is Florida's only resident that is related to the Elephant

I think it's funny that these cutsies were mistaken for mermaids! They really do make me think of underwater cows!