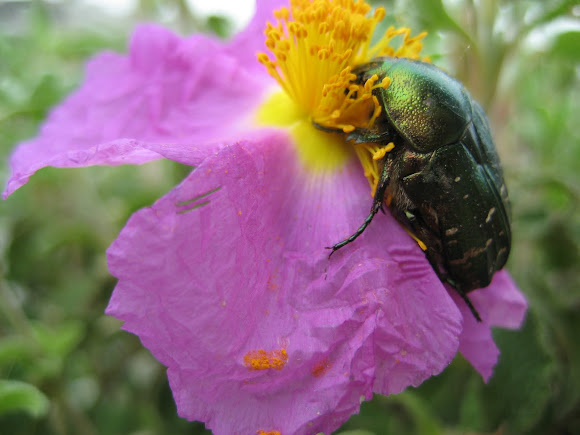 Cetonia aurata, known as the rose chafer, or more rarely as the green rose chafer, is a beetle, 20 mm (¾ in) long, that has metallic green coloration (but can be bronze, copper, violet, blue/black or grey) with a distinct V shaped scutellum, the small triangular area between the wing cases just below the thorax, and having several other irregular small white lines and marks. The underside is a coppery colour. (from wikipedia)

southern and central europe and southern part of UK

Tnx Mick! I was lucky.

Svitlana, thank you for ID!