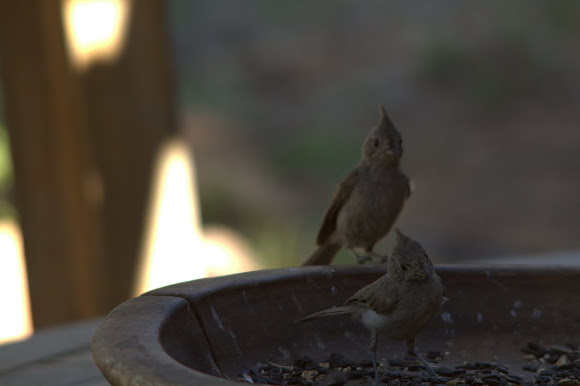 Tufted Titmouse: The largest titmouse, it has gray upper-parts, pale gray under-parts, rust-brown flanks. Head has dark gray cap and crest, pale gray face, and white eye-ring. Bill is black. Wings and tail are gray. Legs and feet are gray. Most spend their entire lives not far from their birthplace.

In Cherokee legend, they are regarded as messengers.