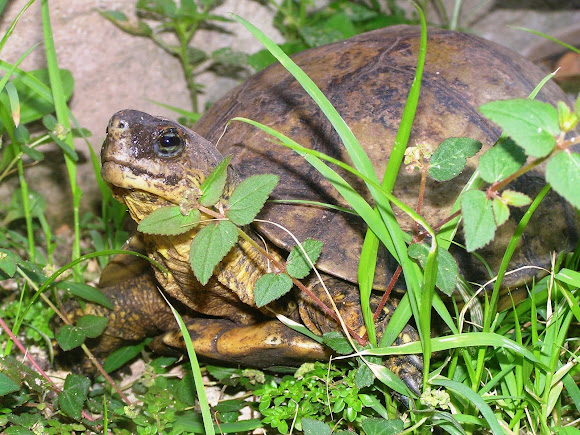 terrestrial turtles - also called the black-belly turtle as it plastron is black.

My pets - Toti hatched late last year. Nikki and Toco hatched in July. they are sibblings from the same father but cannot account for mothere. there are two fertile females, one larger than the other ... which could be that the larger hatchling is from the larger egg laid by the larger turtle.

the spelling is off -- should be R. areolata