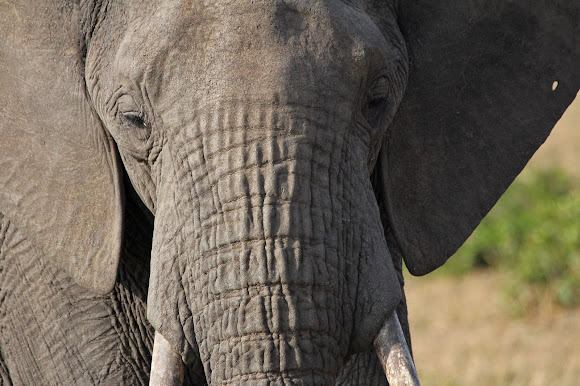 The African Bush Elephant used to be grouped with the African Forest Elephant (Loxodonta cyclotis); however recent DNA analysis confirmed that the two populations were genetically diverse enough to be considered separate species. It is listed as Vulnerable on the IUCN Red List due to high poaching rates for their tusks.

African bush elephants are found, as their name suggests, in the bush.

They are the largest living terrestrial mammal.