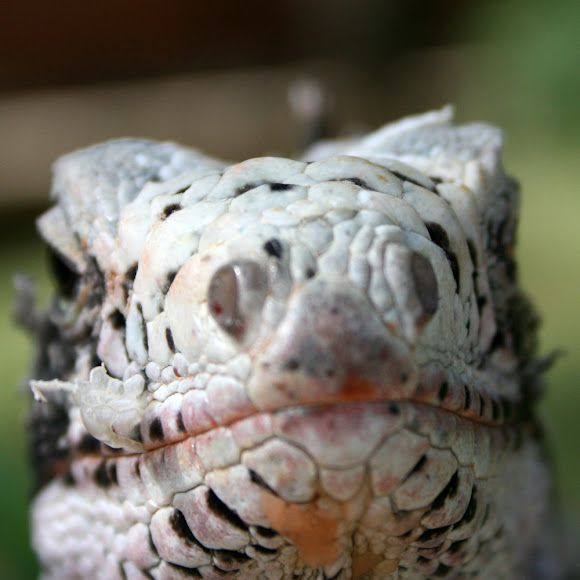 The orange substance underneath his chin are the remains of a piece of melon, that he just found lying in the grass and ate