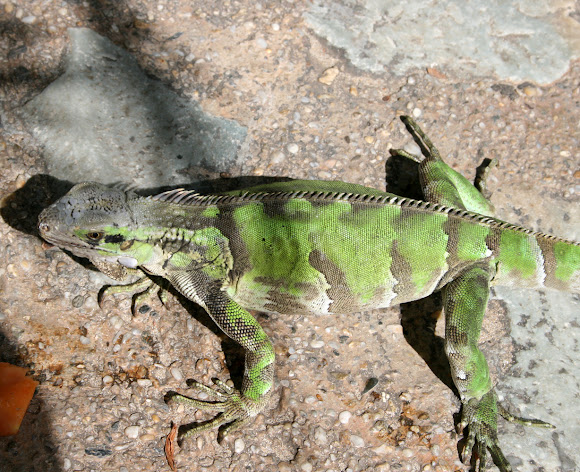 Green Iguanas are herbivores and come (despite their name) in different colors. Depending on age of the animal and geographic region of their habitat they can appear blueish in color, or may range from green to lavender, black, orange, red and even pink often with black markings. They possess a row of spines along their backs and along their tails that help them to protect themselves from predators. Like many other lizards, when grabbed by the tail, the iguana can allow it to break, so that it can escape and eventually regenerate a new one.