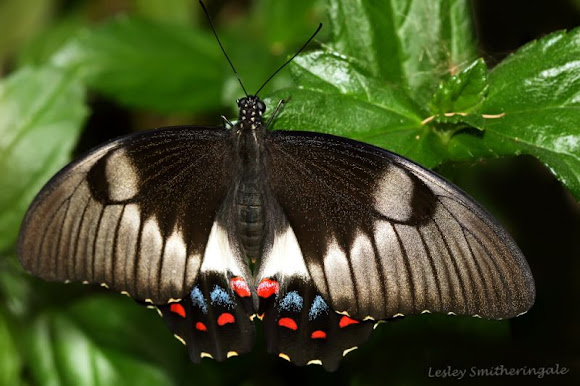 I have photographed the orchard swallowtail pupa, caterpillar and butterfly. It takes four weeks for the caterpillar to mature, ready to turn into a pupa and these ones in my garden are very developed. They have a “Y” shaped gland behind the head, the osmeterium which you can see in both of the above photographs I took. This pops up when the caterpillar senses danger and it is a bright red colour which I also noticed gives off an odour so I wasn’t game to get too close!

The first picture is the orchid swallowtail, while the second one is a tailed emperor butterfly.

Hi Leslie, Your Lorikeets continue to be the most popular spotting on Project Noah. We miss seeing you and your wonderful spottings.