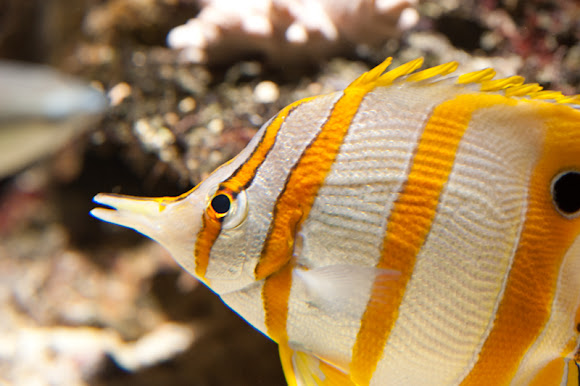 The butterflyfish are a group of conspicuous tropical marine fish of the family Chaetodontidae; the bannerfish and coralfish are also included in this group. Found mostly on the reefs of the Atlantic, Indian and Pacific Oceans, there are approximately 120 species in 10 genera. A number of species pairs occur in the Indian and Pacific oceans, members of the huge genus Chaetodon.

Spotted in the Amsterdam zoo.