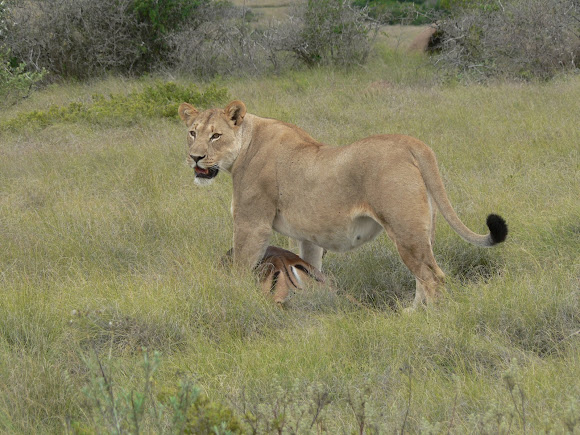 Series of photos of a lion pride eating a kill. You can see the lioness roaring for her mate to alert him while the cubs have started to eat.

I was lucky enough to witness a couple of kills during my stay in South Africa. Unfortunately both times we arrived after the action had taken place but in time to see the pride consume their prize - in this case a male impala. The final shot is of the lioness stashing a different kill under cover.