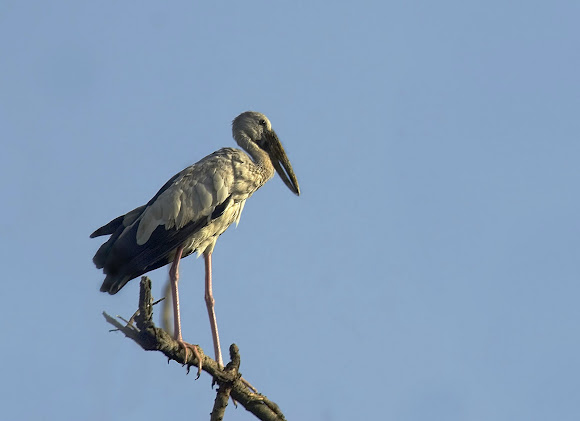 The Asian Open-Billed Stork, Anastomus oscitans, is a resident colonial breeder distributed in tropical Southeast Asia. These birds usually move to the lower part of the Himalayan ranges and spend about six months for the purpose of breeding. The adults are white with black wing flight feathers, red legs and dull yellow-gray bill.