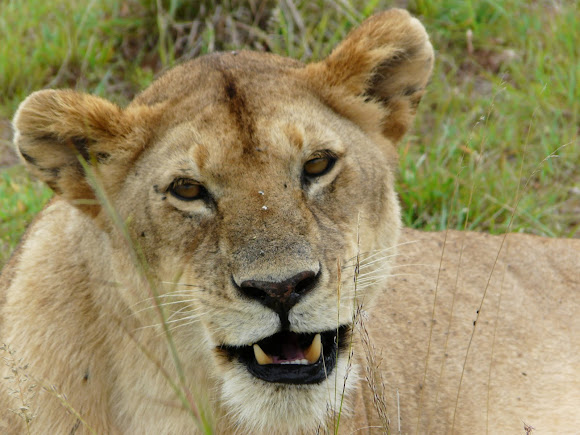 Lions tend to dominate smaller felines such as cheetahs and leopards where they co-occur, stealing their kills and killing their cubs and even adults when given the chance

These two females were wandering around Maasai Mara together. They stopped to rest for a bit and then carried on. We stayed with them for almost half an hour. It was amazing to be so close!

You did a great job on these photos!

It does look like that Eric. Thanks Emma, she's looking pretty serious in the 6th picture.

She seemed to be smiling at you :-)