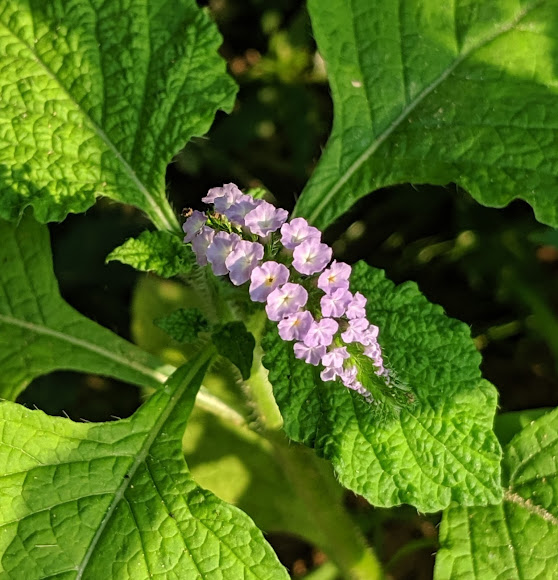 This pretty curly thing is actually an invasive pest native to Asia and has spread across much of the globe. This plant is widely used in medicine around the world, and each area has its own local uses and methods. The leaves, when powdered, have been used to treat infected gums. Poultices have been made from those leaves to be put on wounds or insect bites. The flowers have been used to treat ulcers and menstrual bleeding. That's the tip of the iceberg. It is unwise to eat, however, due to toxins that can accumulate in the liver.

Often found in waste areas and settled areas and they also flourish on lake sides. These (at least two specimens were growing here) were against the water on the shore of the Arkansas River, in Cadron Settlement park, which is right against our local landfill. How fitting!