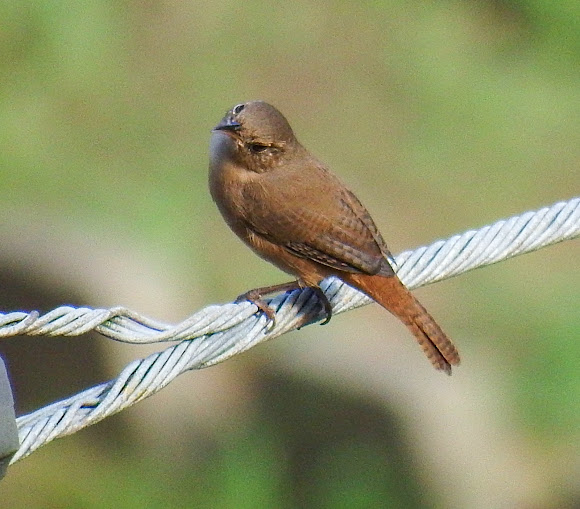 Troglodytes[1] is a genus of small passerine birds in the wren family. These wrens are around 11–13 centimetres (4.3–5.1 in) long. They are brownish above and somewhat paler below, with strong legs. Their short rounded wings and frequently cocked tail have a dark barred pattern. The flight is direct and buzzing.

Troglodytes wrens are mostly found in somewhat cooler habitats than most of their relatives. Most of the species are found in the mountains from Mexico to northern South America. Five species are found in temperate latitudes: The house wren occurs widely in both tropical and temperate lowlands, but is frequently split into several species. Until recently, the hardy winter wren was believed to have a wide distribution in North America, Europe, Asia and North Africa, but it has recently been split into three species, of which the Eurasian wren is the only wren of any genus found outside the New World. The Cobb's wren of the Falkland Islands is another species which tolerates harsh conditions well. Like other wrens, they are elusive as they hunt for small insects and spiders, but they readily reveal their positions through their loud songs. These are territorial birds, but the tiny winter wren will roost communally in a cavity in cold weather to help conserve heat. (Wikipedia)