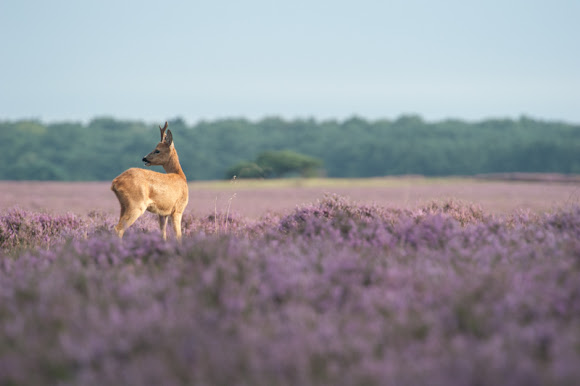 The European Roe Deer (Capreolus capreolus), also known as the Western Roe Deer or chevreuil, is a Eurasian species of deer. It is relatively small, reddish and grey-brown, and well-adapted to cold environments. Roe Deer are widespread in Western Europe, from the Mediterranean to Scandinavia, and from the British Isles to the Caucasus. It is distinct from the somewhat larger Siberian Roe Deer.

Spotted on the moor (forest nearby)

and in a heath field, nice!

@Arash, you're right on the ID.
Thanks for pointing that out.

Nice shot! But I'm pretty sure it is a Roe deer (Capreolus capreolus).