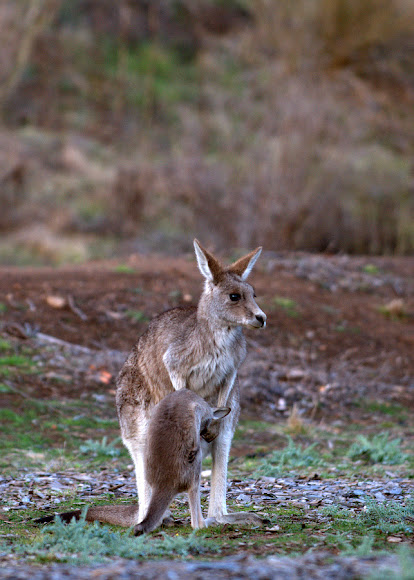 The Eastern Grey Kangaroo (Macropus giganteus) is a marsupial found in southern and eastern Australia, with a population of several million. It is also known as the Great Grey Kangaroo and the Forester Kangaroo. Although a big Eastern Grey male typically masses around 66 kg (weight 145 lb.) and stands almost 2 m (6 ft.) tall, the scientific name, Macropus giganteus (gigantic large-foot), is misleading, as the Red Kangaroo of the semi-arid inland is, at 85 kg, larger.