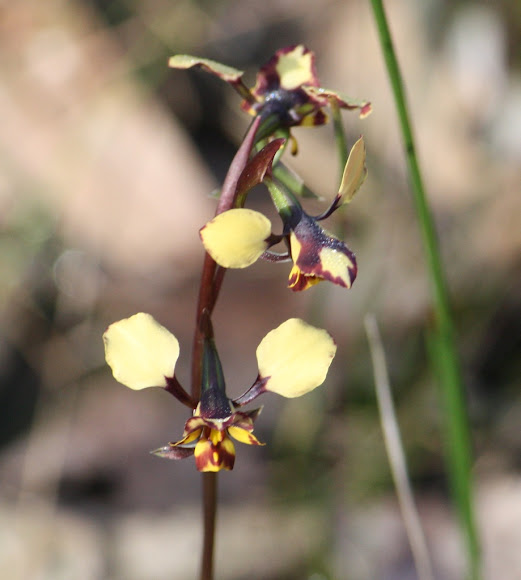 Found this orchid amongst leaf litter in a stoney area above a Eucalypt forest, along with Drosera sp. Hight approximately 12-15cm

Leaf litter in a stoney area above a Eucalypt forest

Evidently a widespread and very common orchid, endemic to Australia. It occurs in South Australia, Tasmania , Victoria, New South Wales and the Australian Capital Territory. It has grass-like leaves and yellow flowers with red-brown blotches.

Yep. I had that bug. It took about six weeks to completely clear out of my lungs.

Your pale/tall sundews are lots taller than ours.

Hi Lori, Just getting over this awful bug thats been doing the rounds, I do have some photos here http://www.projectnoah.org/spottings/684..., I have more photos of them in flower but haven't put them up yet

Well spotted. It's amazing how well these can blend in. I figure we've got at least another three weeks before they will flower here. Did you get any photos of the sundews?