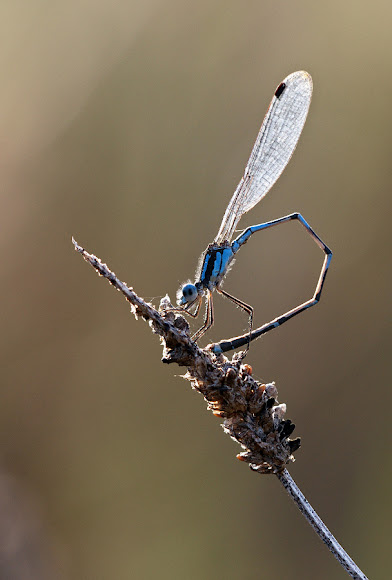 The abdomen is 3 cm long. It can easily be confused with C. lyelli or C. billinghursti, but can be differentiated through dorsal patterns. They are a thin, medium-sized damselfly with varying coloration, which depends on maturity and temperature. However most are a striking blue with minimal black markings. Females are slightly more robust than males, and have a black and white/pale blue coloration.

It is widely distributed in most of Australia, except for the northern and northeastern parts. It is active through September to April in still water bodies such as riverine pools, lakes and ponds, including temporary pools.

Hope i'm correct with the identification...