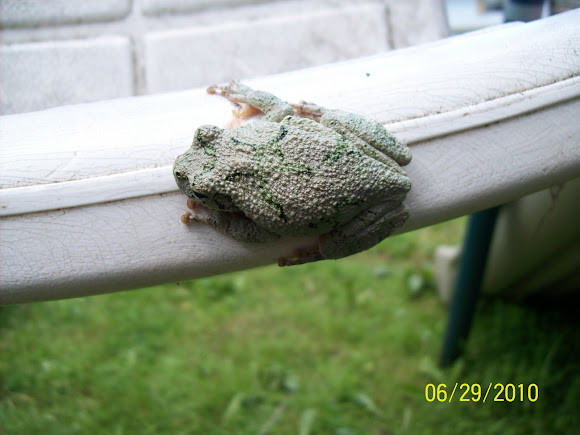 The grey tree frog is most common in forested areas, as it is highly arboreal. Their calls are often heard in rural residential areas of the east coast.

I think maybe some type of tree frog? It was on the seat of our swingset.