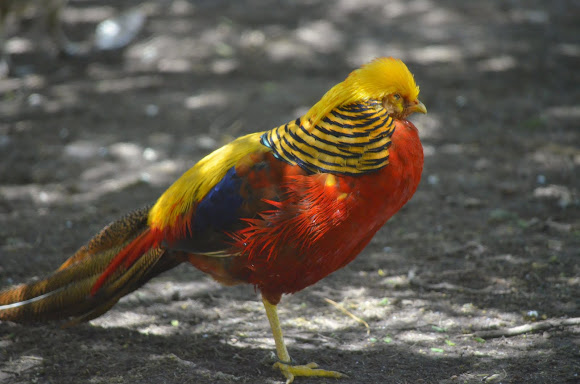 Males have a golden-yellow crest with a hint of red at the tip. The face, throat, chin, and the sides of neck are rusty tan. The wattles and orbital skin are both yellow in colour, and the ruff or cape is light orange. The upper back is green and the rest of the back and rump are golden-yellow in colour. The tertiaries are blue whereas the scapulars are dark red. Another characteristic of the male plumage is the central tail feathers which are black spotted with cinnamon as well as the tip of the tail being a cinnamon buff.