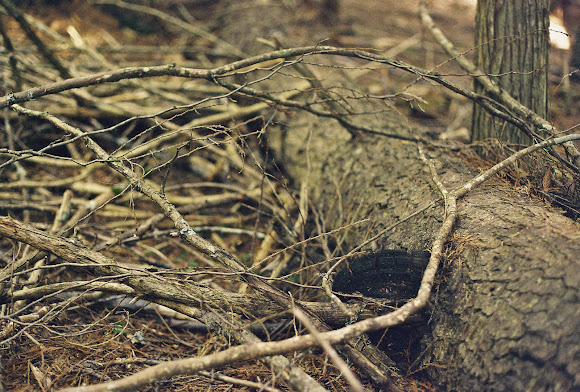 * "Ganoderma applanatum (Artist's Bracket, Artist's Conk, or Flacher Lackporling) is a bracket fungus with a cosmopolitan distribution. The spore bodies are up to 30-40 cm across, hard, woody-textured, and inedible; they are white at first but soon turn dark red-brown. It is a wood-decay fungus, using primarily dead heartwood, but also as a pathogen on live sapwood, particularly on older trees. It is a common cause of decay and death of beech and poplar, and less often of several other tree species, including alder, apple, elm, horse-chestnut, maple, oak, walnut, and willow. A peculiarity of this fungus lies in its ability to be as a drawing medium for artists. When the surface is rubbed or scratched with a sharp implement, it changes from light to dark brown, producing visible lines and shading. The Anne Frank tree in Amsterdam suffered rot from Ganoderma applanatum before it blew over in 2010." * from wikipedia entry