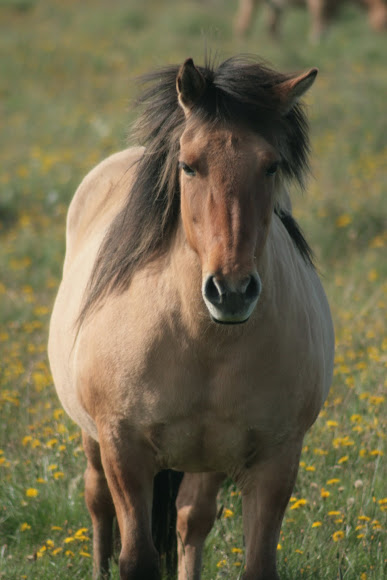 Developed from ponies taken to Iceland by Scandinavian settlers in the 9th and 10th centuries, the breed is mentioned in literature and historical records throughout Icelandic history; the first reference to a named horse appears in the 12th century. Horses were venerated in Norse mythology, a custom brought to Iceland by the country's earliest settlers. Selective breeding over the centuries has developed the breed into its current form. Natural selection has also played a role, as the harsh Icelandic climate eliminated many horses through cold and starvation. In the 1780s, much of the breed was wiped out in the aftermath of a volcanic eruption. The first breed society for the Icelandic horse was created in Iceland in 1904. The Icelandic horse has five gaits, compared to the usual four.

Iceland - In their native country they have few diseases; Icelandic law prevents horses from being imported into the country and exported animals are not allowed to return. Interestingly, there are more Icelandic horses in Germany than there is in Iceland.