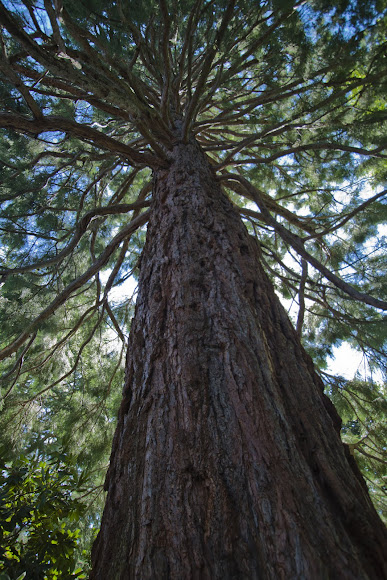 * "Coast Douglas-fir grows in the coastal regions, from west-central British Columbia, Canada southward to central California, United States. In Oregon and Washington its range is continuous from the Cascades crest west to the Pacific Coast Ranges and Pacific Ocean. In California, it is found in the Klamath and California Coast Ranges as far south as the Santa Lucia Mountains with a small stand as far south as the Purisima Hills, Santa Barbara County. In the Sierra Nevada it ranges as far south as the Yosemite region. It occurs from near sea level along the coast to 1,800 metres (5,900 ft) in the California Mountains." * from wikipedia entry

This tree is at the base of Mt Tabor Park in Portland, OR.

I love the way you shot this pic!