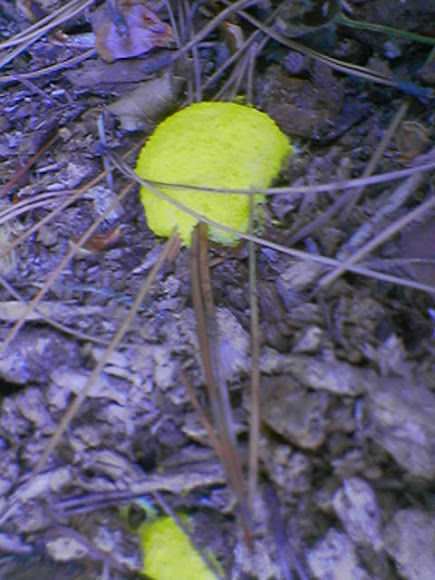 Fuligo is a genus of plasmodial slime mold. In Finland one unusually prominent species with a bright yellow plasmodium, Fuligo septimia, was believed to be used by witches to spoil their neighbor's milk. This gives it the name paranvoi, meaning butter of the familiar spirit ( http://www.hiddenforest.co.nz/slime/inde... ) [fruitbody ---> Aethalium]

Fuligo septica grows on rotten wood and plant debris, but can also grow on the leaves and stems of living plants, A common species with a worldwide distribution, it is often found on bark mulch in urban areas after heavy rain or excessive watering