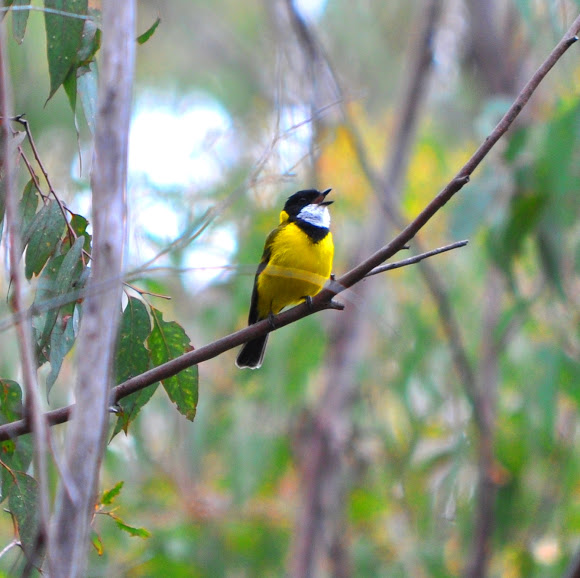 Also known by many names including flattering names such as thickhead and thunder-bird! A small bird, the male strikingly coloured with black head, white throat, bright yellow neck, chest and underparts, olive-grey back, grey wings tipped with black and rimmed with white. the female quite dull in colour with hint of yellow on chest and body, but otherwise grey. As with many birds the full adult male colouring takes several years to develop and become more permanent. the Golden Whistler has developed to suit its environment and is notably different from region to region. Its call is an exquisite melody that echoes and resonates bringin the forest alive.

Found in eastern regions of Queensland, NSW, and in the ACT, Tasmania, parts of South Australia and southern Western Australia. Also in New Guinea and other regions close to Australia.

I have never seen one of these little guys before. A lovely spotting an photo.