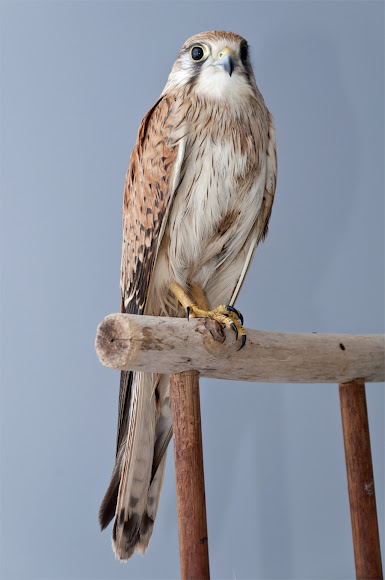 Rescued bird found in a trough of molasses. This is a female Nakeen Kestrel (as evidenced by the brown colouring of the head), was released after just 24 hours. This photo taken after it had been given a bath and dried off.

Often seen in open woodlands , farms, and over roads, hovering while looking for food

Updated details thanks to feedback

@Heather the trough of molasses was news to me too! Seems it may be left out for livestock - cheap and a source of protien / energy.

A beauty, glad he was rescued!

Beautiful bird! But what is up with having a trough full of molasses hanging around for birds, critters, and small children to get stuck in? Is that a common practice in molasses country?

wow...all cleaned up! what a beauty!