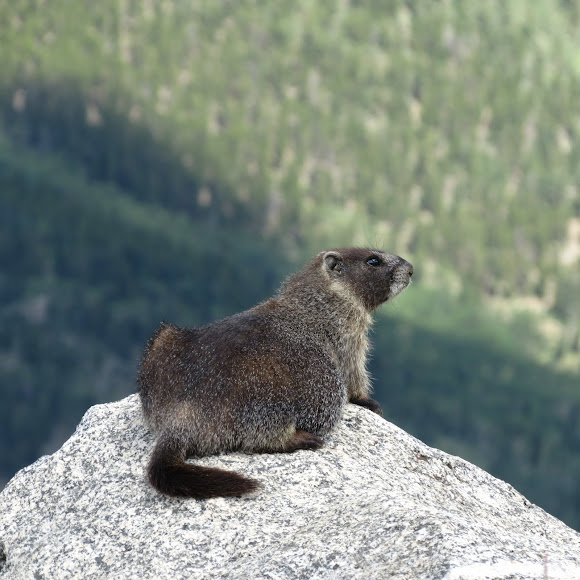 The yellow-bellied marmot lives in the western United States and southwestern Canada, including the Rocky Mountains and the Sierra Nevada.[3] It inhabits steppes, meadows, talus fields and other open habitats, sometimes on the edge of deciduous or coniferous forests, and typically above 6,500 feet (2,000 m) of elevation. "Their territory is about 4 to 7 acres (2 to 3 ha) around a number of summer burrows. Marmots choose to dig burrows under rocks because predators are less likely to see their burrow. Predators include wolves, foxes, coyotes, dogs and eagles. When a marmot sees a predator, it whistles to warn all other marmots in the area (giving it the nickname "whistle pig").[3] Then it typically hides in a nearby rock pile." ~Wiki