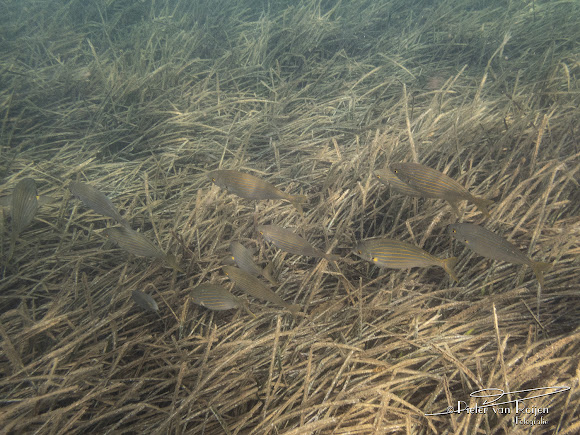 Sarpa salpa, known commonly as the dreamfish, salema, salema porgy, cow bream or goldline, is a species of sea bream, recognisable by the golden stripes that run down the length of its body, and which can cause hallucinations when eaten. Males are typically 15 to 30 cm (6–12 in) in length, while females are usually 31 to 45 cm (12–18 in). The maximum size is 51 cm (20 in).

It is found in the East Atlantic, as well as the Mediterranean, where it ranges from the Bay of Biscay to South Africa. It has occasionally been found as far north as Great Britain. It is generally common and found from near the surface to a depth of 70 m (230 ft).