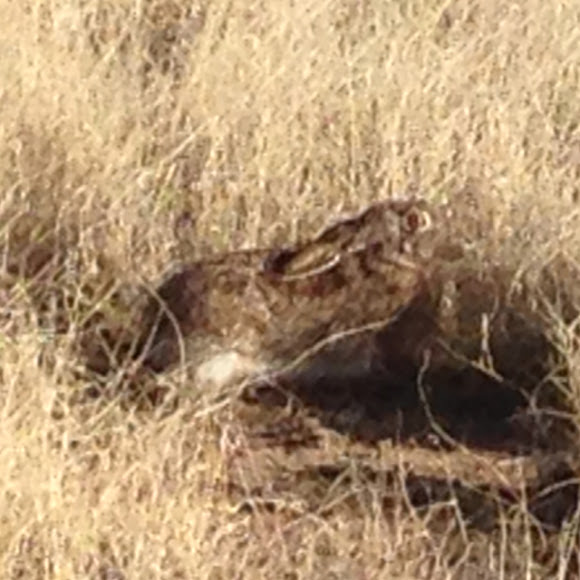 Like other jackrabbits, the blacktail has distinctive long ears, and the long, powerful rear legs characteristic of hares. Reaching a length of about 2 feet (61 cm), and a weight from 3 to 6 pounds (1.4 to 2.7 kg), the black-tailed jackrabbit is the third largest North American hare, after the antelope jackrabbit and the white-tailed jackrabbit. The black-tailed jackrabbit's dorsal fur is agouti (dark buff peppered with black), and its undersides and the insides of its legs are creamy white. The ears are black-tipped on the outer surface, and unpigmented inside. The ventral surface of the tail is grey to white, and the black dorsal surface of the tail continues up the spine for a few inches to form a short, black stripe. The females are larger than males, with no other significant differences.

The black-tailed jackrabbit can occupy a wide range of habitats as long as there is diversity in plant species. It requires mixed grasses, forbs, and shrubs for food, and shrubs or small trees for cover. It prefers moderately open areas without dense understory growth and is seldom found in closed-canopy habitats.