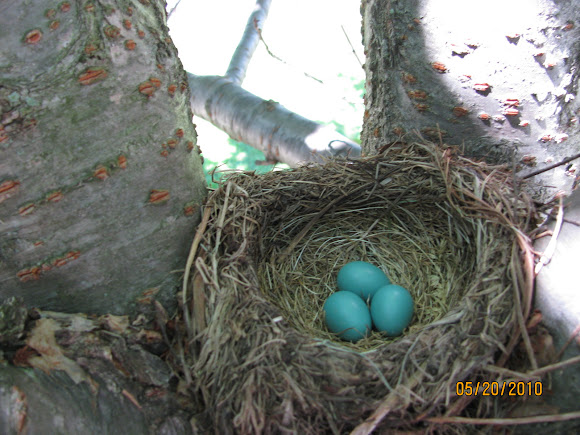 The American Robin's breeding habitat is woodland and more open farmland and urban areas. It breeds only rarely in the southern United States and there prefers large shade trees on lawns. Its winter habitat is similar but includes more open areas.

This bird breeds throughout most of North America, from Alaska and Canada southward to northern Florida and Mexico.[14] While Robins occasionally overwinter in the northern part of the United States and southern Canada,[12] most migrate to winter south of Canada from Florida and the Gulf Coast to central Mexico, as well as along the Pacific Coast.